Missionary projects and programs help you use your resources to advance God’s redemptive work in our world of spiritual lostness and physical needs. They are pathways designed to connect the people of God with the work of God.

We help, without doing harm, sharing out of the generosity of our hearts.

Command those who are rich……to do good, to be rich in good deeds, and to be generous and willing to share. In this way they will lay up treasure for themselves as a firm foundation for the coming age, so that they may take hold of the life that is truly life. (I Timothy 6:17-19)

Together we can impact the world for Christ!

BACK TO PROJECTS & MAIN MENU

CLICK HERE to Complete Funding of this Project with a Donation of $30,000.00
GIVE - SUPPORT THIS PROJECT
Please share this page 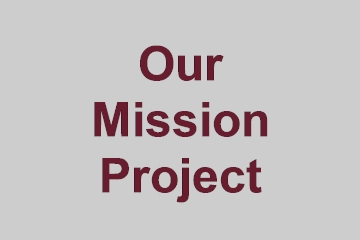 GIVE - SUPPORT THIS PROJECT

In the 29 years since Nicaragua Christian Academy opened in Nicaragua, it has become an association of 3 schools widely known for their academic excellence and emphasis on graduating young disciples of Jesus Christ capable of impacting society with spiritual discernment and moral courage.

In recent years, I´ve felt increasingly burdened by the desire to do more for the men and women who labor in this ministry.  Of course, we do everything in our power to make it possible for everyone on staff to have their own children in the school, and that in and of itself is a great blessing to them.  The fact is, however, that our own staff members are the poorest of our parents.

It's easy for us as Americans to imagine that people in the third world are poor, because they’ve made bad choices in life.  Living outside the US has helped me appreciate the blessing of being born and raised in the USA.  Allow me to share with you some local examples:

The NCA Staff Housing Project is designed to make it possible for these and other members of our hard-working, long-suffering staff to have the opportunity to build 750 sq. ft. homes of their own in a community of faith, (through payroll) at a cost to them of roughly $4,000.  We have recently identified a beautiful 8-acre plot in a good location south of the school and town, and the owner has accepted our offer of $35,000.  Thank you to all of you who have already given to this project!!  We have received a little over $30,000 already (perhaps as much as ¼ of what is needed, given the sweat equity we intend to add), and are trusting that God will continue to provide all that is necessary for this project to become a reality!

“And you will be blessed. Although they cannot repay you, you will be repaid at the resurrection of the righteous.” –Jesus (Luke 14:14)